Your cat’s nose knows. It’s time for humans to learn. 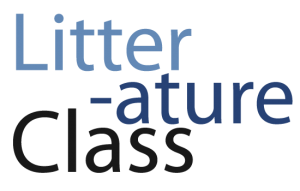 Let me give you humans a glimpse of the average cat john (or “powder room,” for those of you with delicate sensitivities).

Have you ever stood in line to enter a Port-A-Potty, torched by bright sunlight on the third day of a county fair? If so, you went inside, closed the door and the smell was probably so bad it made your eyes water and your nostrils sting. About that point in time, holding your breath, you are thinking, “I don’t even want to touch anything in here, and I wonder if anyone would see me if I went out behind the cow barns instead?” What if this was the only toilet option you had available?

Well my human friends, I’ve been through the above olfactory purgatory many times. It’s just that my personal “smell hell” comes in the form of too many cats sharing too few cat boxes, which aren’t cleaned often enough to stocked with the right essentials.

Sure, you of the opposable-thumb crowd may know how to use a can opener, but we cats have a much better sense of smell than you do. If it bothers you to use a dirty, stinky, crowded latrine, how do you think we feel about that plastic pan filled with gobs of stinky logs that we have to share with three other cats next to a vibrating washing machine?

D.B. Cameron, DVM, owner of the Animal Behavior Clinic in Nevada City, Calif., even knows of a cat guardian who was so cheap that he actually scooped out the clumped urine balls dried them out and put the pee dust back in for the cats to use again. Me-ouch!

Just as you might prefer the green grass behind the cow barns as a great alternative to the Port-A-Potty, we cats may find the planter, behind the couch or the back of the closet a pretty good alternative, as well.

The first issue to consider, if there is a litter box problem in your house, is to find out how we are feeling. Take us to our veterinarian for a complete checkup. There are many health problems associated with a change in elimination patterns, and by eliminating outside the box your cat could be sending you a desperate medical signal that it is not well and needs some help from its human. Some conditions that cause frequent litter box medical problems are Feline Urologic Syndrome (FUS) and osteoarthritis.

Valary Tynes, DVM, a resident in veterinary behavior at the U.C. Davis College of Veterinary Medicine in Davis, Calif., found arthritis to be an issue when her caregiver, Patricia, brought in Maggie because Maggie started urinating and sometimes defecating in the living room. The litter box was through a cat door and way out in the garage. People, this is the cat equivalent of a cross-country trip just to tinkle or pooh.

A veterinary checkup showed that 12-year-old Maggie had arthritis in her lower spine. Have you ever had a really sore back? While it was hurting, did you want to walk a long distance and climb over a neck-high ledge just to get to a toilet? You didn’t? Well neither, we can assume, did Maggie, because when she was given a litter box with low sides that she could easily climb into and was in an easy location for her to get to, she used her box without fail. The take-home message? Always check first with your veterinarian to ensure we are in good health. And, as alluded to above, another important issue is location, location, location.

Here is a way to put the importance of location in human perspective; I am told that indoor plumbing is a recent invention for you. Prior to that, you used an outhouse. Imagine what it must have been like in the middle of the night, in the dead of winter, in a howling blizzard to leave your warm, second-story bedroom and walk clear out to the outhouse where you might trip over a skunk or run into a bear on your way to sit on an ice cold slab of wood. Is it any wonder why humans invented chamber pots?

How about the cat guardians Cameron encountered who also have a dog that likes “Tootsie Rolls” and who dealt with the problem by putting the litter box on a platform high enough to keep the dog from getting to the tasty delights? When the cat, perhaps an old timer, no longer wants to –or unable to- leap that high, the problem “suddenly” appears.

You see if your cat box is in a hard location to use, we cats inventively create chamber pots, too. Only for us, the chamber pot du jour includes behind the soda, in a closet or planter or in a pile of laundry. Different locations, but same basic reason.

And you think you’re the ones with a problem here! Think, or it will stink!

Looking past location, let’s talk about privacy. You humans whine the “truck-stop blues.” Horrified by highway rest-area bathrooms, and lament about long lines at the ladies room at the theater or football stadium. It’s kind of embarrassing to use a toilet in public spaces. What if your only toilet was a public one? We cats like a little privacy, too. But how can we have that if you put the litter box in the middle of a busy walkway in the house where everyone is walking by and the dog or toddler is poking their heads in to see what you are doing? I’m blushing! If you want to see what it feels like, just don’t close the bathroom or stall door the next time you stop at a convenience-store restroom.

Now let’s talk social factors. My human mom had a friend who grew up as ethnic minority in a rough, inner-city neighborhood. As she described it, going into the girl’s room at school was always risky because gangs of girls used that as a place to trap, beat up and extort other girls out of the school administration’s sight. The friend told her that they had to adopt coping strategies to deal with the bathroom violence: either you found several other girls and went in together to watch each other’s back, or you just held it until you got home. This bathroom victim made a comment that has always stuck with me: “All the little girls like me had chronic bladder infections from having to hold their pee until they got home from school.” The stress probably wasn’t helping, either.

In our ‘hood, we often have similar problems. Multiple-cat households have a bully cat or cats. You humans sometimes have a hard time seeing fault in a beloved pet, but in all honesty, some cats can be dreadful bullies. They lie in way for the feline victim in places they know the cat will need: its food, water and litter box. In the feline version for the “98-pound weakling getting sand kicked in his face at the beach,” it’s no small wonder that cats lower on the pecking order would get FUS (Feline Urological Syndrome) to try to use another, safer location.

And sometimes the social issues can be fairly subtle. Purported cat guru Leslie Larson Cooper, DVM, diplomat of the American College of Veterinary Behaviorist, in Davis, Calif., tells of litter box problems in a “blended’ family when “he and his cat” move in with “her and her cat.” The man’s cat started using the living room as a box substitute. When Cooper looked, he found that litter boxes were in the dressing room off of the bedroom, smack dab in the middle of the woman’s cat’s territory. Placing a litter box in the living room then gradually moving it to a neutral location solved this family’s issue.

And look at your litter box design for a moment. Are they designed for your convenience or ours? Some of my sisters are real “fraidy cats” and get claustrophobic in hooded boxes. Some boxes are just too small for a big bro’. Sometimes a chance in design is all we need to feel a lot more comfortable about using a litter box.

Sometimes we don’t mind the box design, but the box itself is old. The plastic in litter pans absorb kitty urine smells and start to smell like urine even when the litter is clean. Rolan Tripp, DVM, found of www.AnimalBehavior.net, suggested that after cleaning out the litter box and scrubbing it really well, stick your head in it – get your nose a few inches from the bottom of the box and sniff. You don’t have the olfactory capability of us cats, so if you can still smell kitty urine, it’s a problem. That means it is time to toss the box and get a new one. Now let’s look for a moment not at the location, but what is put into the litter box. We cats are sensuous creatures and care a lot about how things feel. The silly thing is that only recently have you humans started systematically asking us if we had preferences in the texture of our litter.

However, the most important litter to use is one your cat likes. How do you determine what your cat likes? Well, ask them. Put out four identical litter pans in your cat’s preferred elimination location with four different litters. Your choices range from clays to synthetics to biodegradables. Every night, clean out the pans and record which one was used. By the end of a week, a litter preference should be clear. Keep the preferred brand and give the remaining litter away to the local humane society or your ex-spouse.

Not only is the litter type an issue with cats, but Daniel Mills, B.V.Sc., principle lecturer in Animal Behavior studies and Animal Welfare at the University of Lincoln, Riseholme Park in Lincoln, England, found that litter depth affects defecation but not urination behavior in cats, and that they have a strong preference for defecating in deeper litter. He recommends a litter depth of at least 3 centimeters or approximately 1.2 inches.

Cats are clean animals, and we prefer to use a clean, appropriate space and keep our living space clean. If your cat is not using its litter box correctly, the first place to look is in the mirror. Have you made it easy for your cat to be successful? Ask yourself, if you were only 1-foot-high and lived in your house, what toilet would you want to use? If the toilet you have provided for your cat doesn’t meet your approval for your own use in terms of location, safety and cleanliness, it probably hasn’t met your cat’s either.

For us cats, we vote for the toilets with your… well, you know.

Once cleanliness and medical issues have been ruled out, there are several products available to help resolve inappropriate elimination.

Other tools to consider:

Feline Pheromones – There are products on the market that offer a synthetic version of the feline pheromones in spray and plug-in forms to reduce anxiety as a cause of house soiling. Odor Control – From special pails that lock scooped waste and accompanying odors inside to air fresheners to carpet deodorizers to litter additives and stain and odor removers, there is a bevy of options to meet your household needs. You can choose from natural to chemical and sprays to powders. A litter additive to determine if blood is present in the urine. Ask your veterinarian. Urine Locators – If you suspect your cat’s been urinating outside the box, there are special black lights that can help you find those favorite spots.